OPEC clinched a deal to curtail oil supply, confounding skeptics as the need to clear a record global crude glut — and prove the group’s credibility — brought its first cuts in eight years. Crude rose as much as 8.8 percent in London.

OPEC will reduce production by 1.2 million barrels a day to 32.5 million a day, two delegates said Wednesday during a ministerial meeting in Vienna, asking not to be identified as the decision isn’t yet public. The breakthrough deal showed an apparent acceptance by Saudi Arabia that Iran, as a special case, can raise production.

The Organization of Petroleum Exporting Countries is ditching a pump-at-will policy introduced in 2014 to resume its traditional role as price fixer. The shift — aimed at draining a crude glut that’s pushed down prices for two years — will help revive the tattered finances of oil-producing countries and reverberate in markets around the world, from the Canadian dollar to Nigerian bonds to U.S. shale equities.

“This should be a wake-up call for skeptics who have argued the death of OPEC,” said Amrita Sen, chief oil analyst at Energy Aspects Ltd. “The group wants to push inventories down.”

After weeks of often tense negotiations, the eventual alignment of OPEC’s biggest producers points to the increasing dominance of Iran among the group’s top ranks. It appears the Saudis accepted that Iran can raise output to about 3.9 million barrels a day, marking a victory for the Persian Gulf country, which has long sought special treatment from OPEC as it recovers from sanctions. Saudi Arabia previously proposed that its regional rival limit output to 3.707 million barrels a day, delegates said.

“Prices reacted positively, but the devil is in the detail,” said Carsten Fritsch, an analyst at Commerzbank AG. “We have to wait for a country breakdown and whether it’s reliable or not.”

It’s not yet known how deep Saudi Arabia will cut and, crucially, whether the kingdom will go below 10 million barrels a day. Iraq, OPEC’s second-largest producer, has agreed to cut production, according to one delegate, who didn’t elaborate. The country previously pushed for special consideration, citing the urgency of its offensive against Islamic State.

Morgan Stanley said Monday that an OPEC agreement could boost crude prices by $5 or more. While the deal is unlikely to be enough to wipe out the crude glut entirely — OPEC’s own estimates show it needs to pump just 31.9 million barrels a day from January to June to balance supply and demand — it clears the way for participation by non-OPEC suppliers.

Russia, the biggest producer outside the bloc, has said if OPEC agrees on individual country quotas it’s ready to participate, including possibly reducing its output, a person familiar with Russian thinking said earlier. That would mark a reversal of its previous position.

OPEC is likely to hold talks with non-0PEC producers next week, a delegate said. 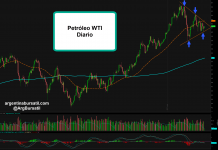 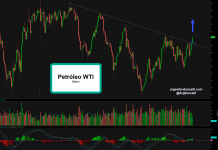 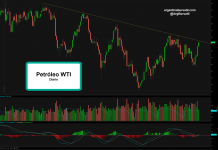 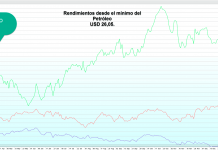 Rendimientos PBR vs YPF vs WTI 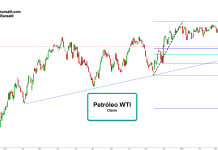